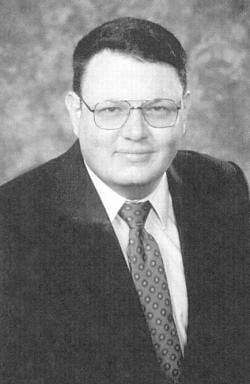 Winking admits he “couldn’t make a basket if my life depended on it,” but his tireless and selfless volunteer work for nearly 20 years at Quincy Notre Dame has made him one of the most valuable persons ever to make a contribution to the school’s athletic department. His behind-the-scenes achievements, both with the school’s athletic teams and academic programs, are finally receiving overdue commendation.

“I just enjoy it,” Winking said about his volunteerism. “There have been a lot of great people I’ve had the opportunity to work with, and I’ve never been bored because I keep helping one sport or another. God has been good to me, so I try to help people where I can. A lot of people give money to help, but I don’t mind giving my time.”

Winking is an accounting clerk at Knapheide Manufacturing, where he has been employed for 25 years.