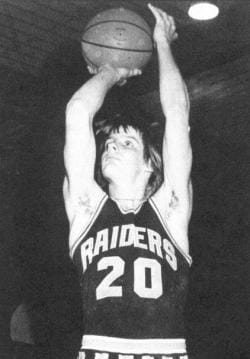 Meckes, a 1977 graduate, was an outstanding basketball player in high school who went on to greater achievements in baseball.

Meckes was a four-year letterman on the baseball team. He posted an 11-2 record and a 1.03 earned run average as a sophomore when Christian Brothers High School reached the 1974 state tournament. He compiled a 31-8 record, a 0.84 earned run average and five no-hitters in his prep career. He was also an outstanding pitcher on the Quincy American Legion baseball team, posting a 0.89 ERA during the summer after his junior year and a 1.30 ERA the summer after his senior year.

Meckes originally signed with the University of Illinois out of high school but pitched for Quincy College and the College of St. Francis. He was a 12th-round selection of the Houston Astros in the 1980 amateur draft. He pitched in the Houston organization for four years, making it to Class AA in Columbus, Ga. He also pitched one season in the Texas Rangers’ organization for Class AA Tulsa.

Meckes now lives in Danville, Ky., where he is the manager of the body shop department for an Oldsmobile dealership. He and his wife, Paula, have three children — Alexandra, Madeline and Max.