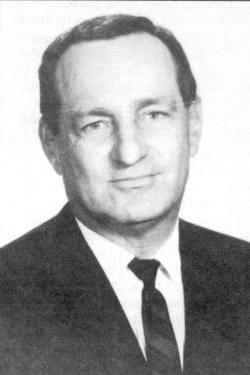 His 19-year record as a varsity basketball coach was 316-178. In eight seasons at Christian Brothers, McClain’s teams were 126-71. He also coached the Raiders in baseball for two seasons, winning 36 of 42 games. He was elected to the state legislature in the fall of 1964 and continued to coach the Raiders while a representative. He resigned from the coaching position after the 1966-67 season, the year the Raiders had a 20-5 record.

McClain was elected to the Illinois Basketball Coaches Association Hall of Fame. He and his wife, Marge, were the parents of eight children — Mike, Kevin, Kathy, Molly, Chris, Mary, Anne and Pat. McClain died of a heart attack in June 1972.